Hyphologie exhibition aimed at bringing together turkish and french artists to confront their views on a contemporary social and artistic topic. The choice of artists participating in this exhibition, jointly carried out in both countries,  enables to tackle – through a critical, fictional and poetic way – the difficult question of our confrontation with a « cold » world : a disenchanted world with disembodied signs, dematerialized images and dissocialized policies.

Under the projection of the artists in this exhibition, the environment of signs and objects takes the form of an auscultation of the reality, but also of the sign, being the real  sick character of our new beginning millennium. The industrial aspect of their language is totally connected with a transborder art belonging to the era of cognitive capitalism. We find  there questions about the nature of knowledge at a time of complete absorption of creative processes by a certain industrial and post-industrial system.

A fictional mapping, an icy cityscape, a critical overlay of national flags, a diagram consisting of medical boxes, a minimalist poem transcribed into sound waves, a bright representation of a fault line, a modeling of fluorescent tubes, optical signs of industrial coldness, a painting with  hygienic spatial content … the art works presented here arise as a vector for a critical questioning  towards an approach to a disturbed real,  in some way cooled by the semiotic, emotional and social system.

The exhibition hyphologie tries to destroy intra and extra european borders, when it means for the artists to analyze and diagnose the asepticnature of the sign and of the real, without forgetting to infuse a kind of contemplation.

Hyphologie is a concept used by roland barthes / hypho: spider web/ this concept is used in text and sign studies. 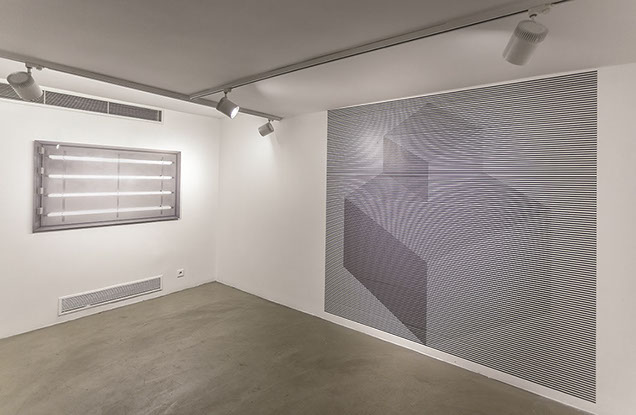 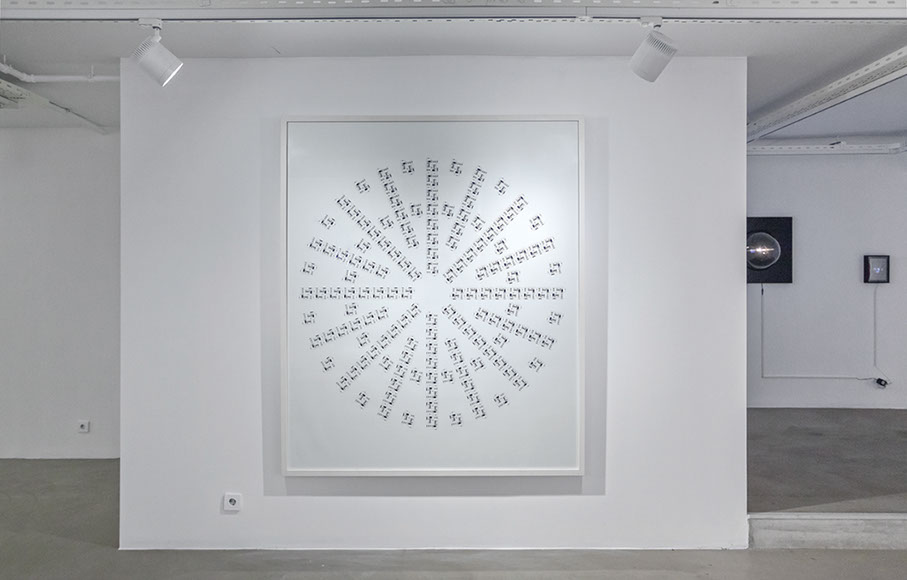 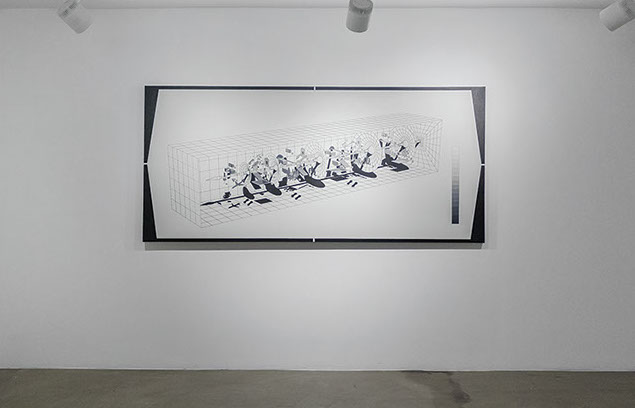 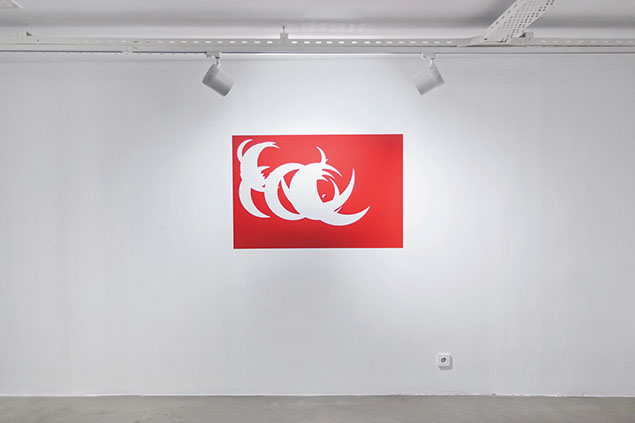 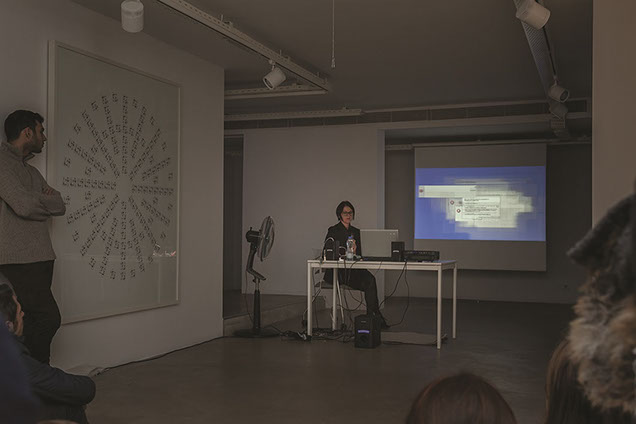 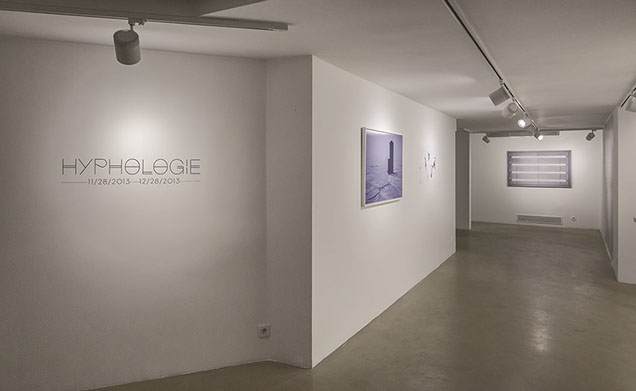 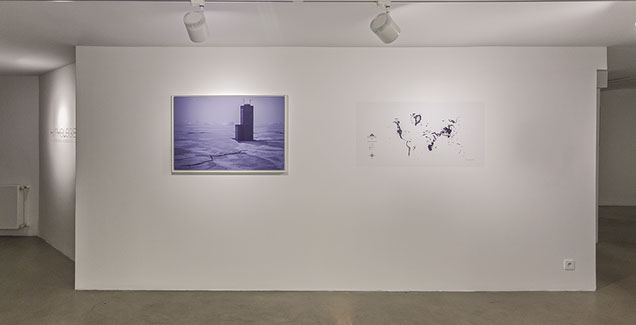 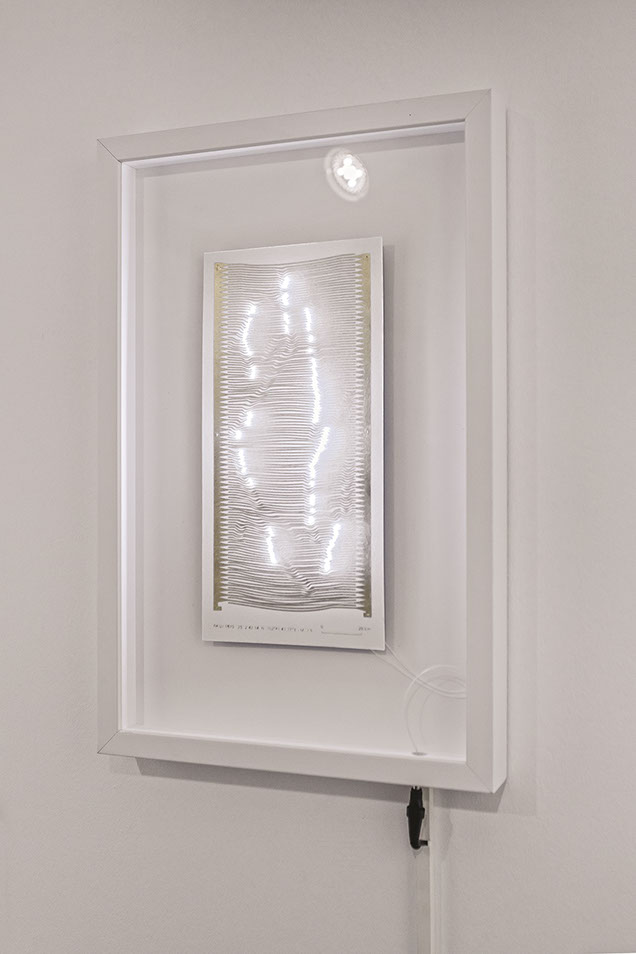 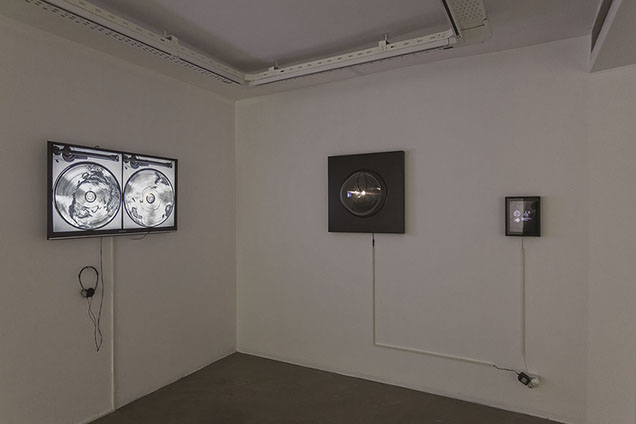 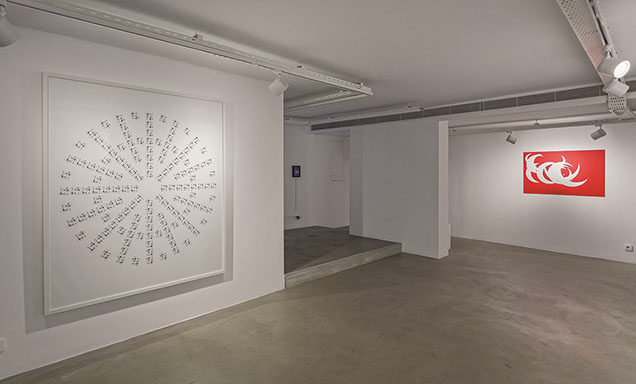 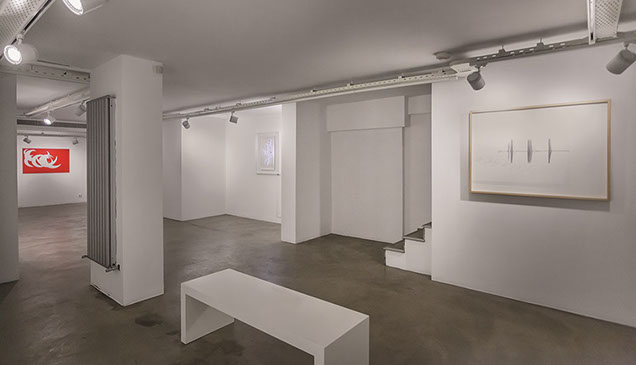